Justin Howze August 3, 2021 Home Builder Comments Off on The builder of Damariscotta builds a “Parade House” in Waldoboro 11 Views 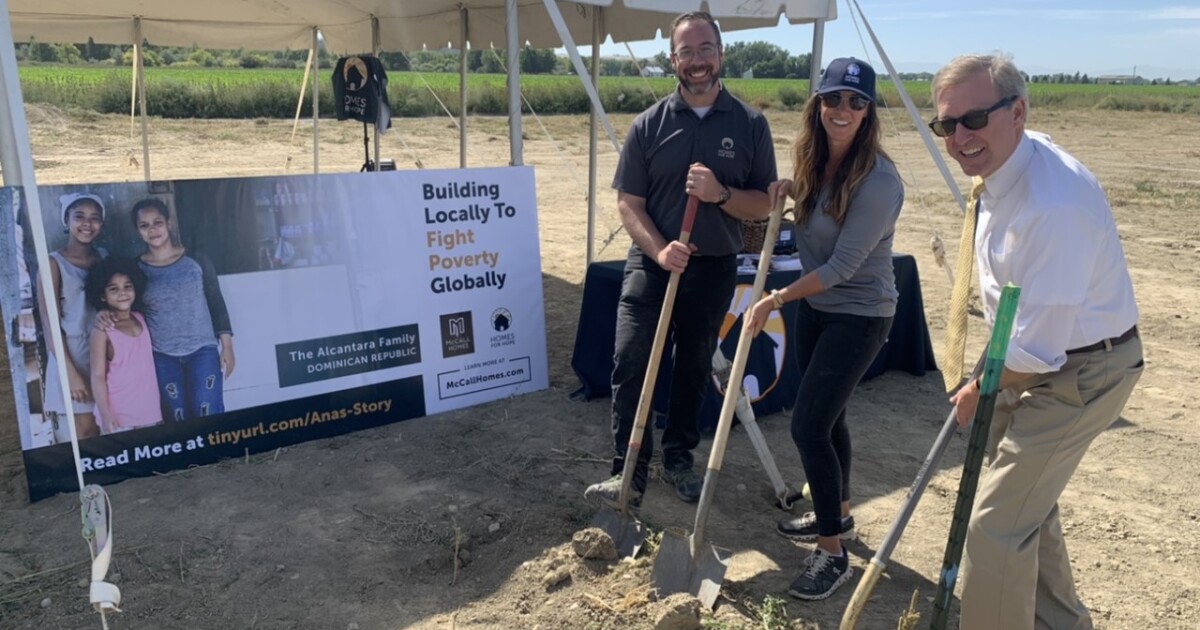 Billings homebuilder launches project to help businesses around the world 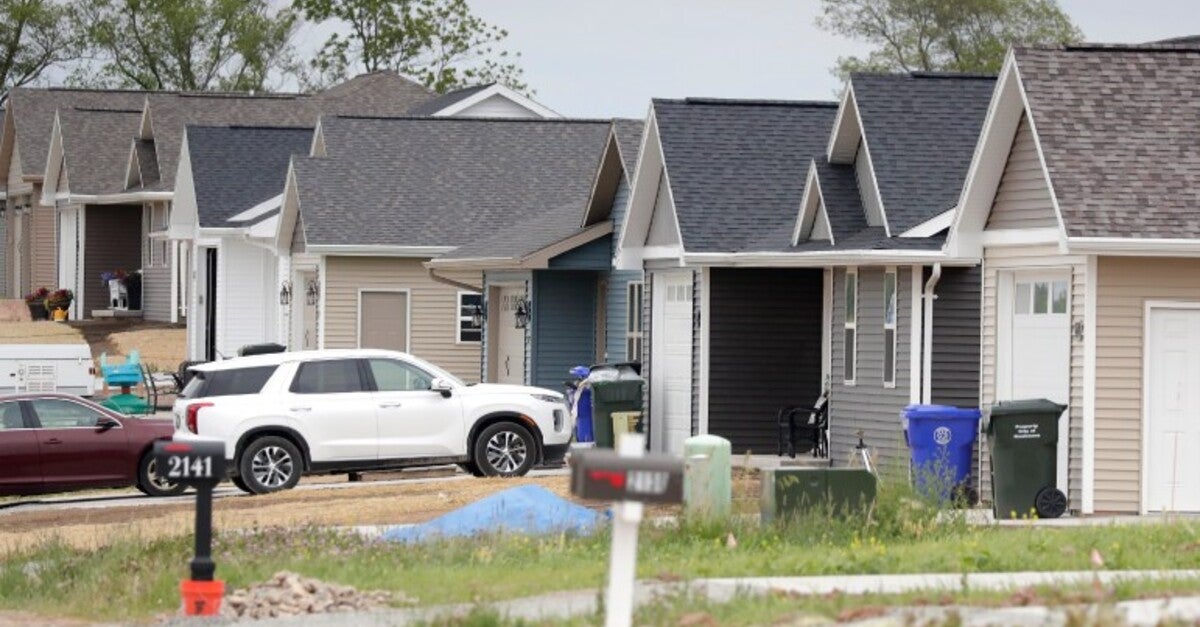 A Fox Valley builder offers affordable housing. It is not easy.

A crane installs the roof of an innovative house in Waldoboro on June 5. The house is designed and built by CJ Turner, of Alpine Contracting Services LLC, based in Damariscotta. (photo by Bisi Cameron Yee)

Damariscotta entrepreneur CJ Turner opened a parade house in November 2020. He calls the sustainable dream house a “big hut” which will be completed and presented to the public next summer.

Turner describes the house as neo-rustic architecture – existing in harmony with its surroundings and blending in with the trees. He combines the feeling of openness of Montana’s “Big Sky” style with the aesthetic of white paper birch which he calls “Adirondack Antique”. He wanted to design a house that feels like “you are camping every day of your life,” he said.

Turner has over 25 years of experience building high-end homes, many of which have been featured at Parade of Homes events in Bozeman, Mt. This experience, along with the concept of parade houses, inspired him to conceptualize and build his own dream home on a 12-acre property on Robinson Road in Waldoboro.

The first parade of houses was held in Edina, Minnesota, in 1949. Visits to “scattered sites” houses featured “idea houses” and builders’ collaborations that drew crowds of buyers. of interested houses.

Today, Parade of Homes is a branded event sponsored by companies associated with the home improvement and construction industries that showcases innovations in the art of home building.

Turner reinvents the concept by limiting the scope to the one building he constructs. But like a parade of houses, the house will be made available to the public once completed, and it has sponsors. Sherwin Williams and NC Hunt Lumber supplied paint and materials to Turner at reduced costs.

Coincidentally, the first Parade of Homes event in Maine will take place in October, but Turner’s house won’t be finished in time to participate.

Turner is the owner of Alpine Contracting Services, LLC. He is a former professional skier who participated in international mogul competitions. Skiing took him to Telluride in the 1990s, where he learned the construction trade, and then to Montana in 2004, where parade houses are a popular concept.

Turner retired to Maine in 2013. He believes the value of the house he is building – when completed – will be around $ 500,000, but he has no plans to sell it. Turner plans to live in his “big hut” and make Waldoboro his permanent home.

The primary focus of Turner’s design is durability and reuse. The frame and the coating will come from trees selected and harvested in the wooded areas of the property. The rocks found near the house will be reused in the construction of the chimney. And the landscaping will be based on a xeriscape, or drought tolerant, design that minimizes water consumption.

Turner even changed his original plans after being offered four antique Marvin patio doors with transom windows from a renovation in south Bristol.

He ended up designing the whole house around these doors, adding 10 feet to the front of the house. They will be placed on the east gable, illuminating the main living areas of the house.

The house is nestled in an east-west orientation in a grove of trees on high ground. Its location on the property solves drainage issues, exposes the front of the house to refreshing breezes and morning light, while trees shield the back of the house from the heat of the afternoon sun. .

There is no air conditioner in the plans. The house will be heated by a small on-demand propane system which Turner says is very compact and cost effective. Tight layers of insulated panels will line the walls and roof and control the temperature inside the house. Large doors and windows will allow the house to breathe.

The floor, made of acid-stained concrete etched with grid lines to give it the appearance of large tiles, features a state-of-the-art radiant technology underfloor heating system.

“It’s cool on the feet in the summer and hot in the winters,” Turner said.

Rainwater is collected in gutters and filtered and channeled approximately 75 meters to a 1300 gallon underground cistern. Turner said he believes the system, which costs about a third of the cost of digging an artesian well, will meet the property’s water needs.

“If we manage it well, Mother Nature will take care of us,” he said.

Inside, the staircase uses a massive silt log to frame 4-inch-wide oak steps that lead to the attic.

“There is no post, no secondary spar. It’s like a staircase in the air, ”Turner said. “It’s a cool feature that you don’t see very often.”

Turner predicted that many details of the house would be different from the norm. “There is no drywall in the house. Everything is made of natural wood, ”he said.

The unstained interior walls will be coated with linseed oil “to make the color amazing”. The ceiling will be made from light colored wood with a pickled or whitewashed finish. A large birch found on the property already lines the inside of the roof ridge.

From the outside, the house will look like a log cabin with large pieces of hemlock painted with a “park brown” dish to protect the house from the elements. The slit details between the slabs will be buff in color and the home trim will be white with forest green accents.

To emphasize the rustic, old-school look, the wood is sawn in a circle. Turner said he was lucky that there are still circular sawmills in Lincoln County, and he pointed out that sawyers Zach White of Waldoboro and Willis Libby of Nobleboro were integral to the process of building the House.

Turner said he had a very good core team of independent contractors involved in the project.

“I’m very lucky to have people in this field and excited about it,” he said.

White and his son Josiah are the main carpenters. Ken Smith is his “mechanic” who takes care of the wiring. Dan Roy of Whitefield did the computer aided design, or CAD, work for the building, based on Turner’s design.

But Turner calls his Bobcat the “MVP”. “We use it every day, moving 500-pound lumber, shoveling gear.” He even adapted it for use as an elevator.

Turner now lives on the property, in a Davis tent, a durable, weather-resistant canvas wall tent that will remain a permanent fixture for future use as a guesthouse. Being there allows him to “ride during the day”. He limited himself to other projects to focus on this one. “It takes concentration. You cannot be fragmented, ”he said.

Turner loves to see his vision of sustainability come to life. “I love watching it from the meadow, the east gable, with its dizzying height and beautiful windows.

He loves wild flowers, the flourishing forest. He said he found his cattle dog, Lucky, “chatting in the field with a deer one morning.”

“I feel very fortunate to have the management of this property,” he said. “It’s perfect. I just want to kiss my house. 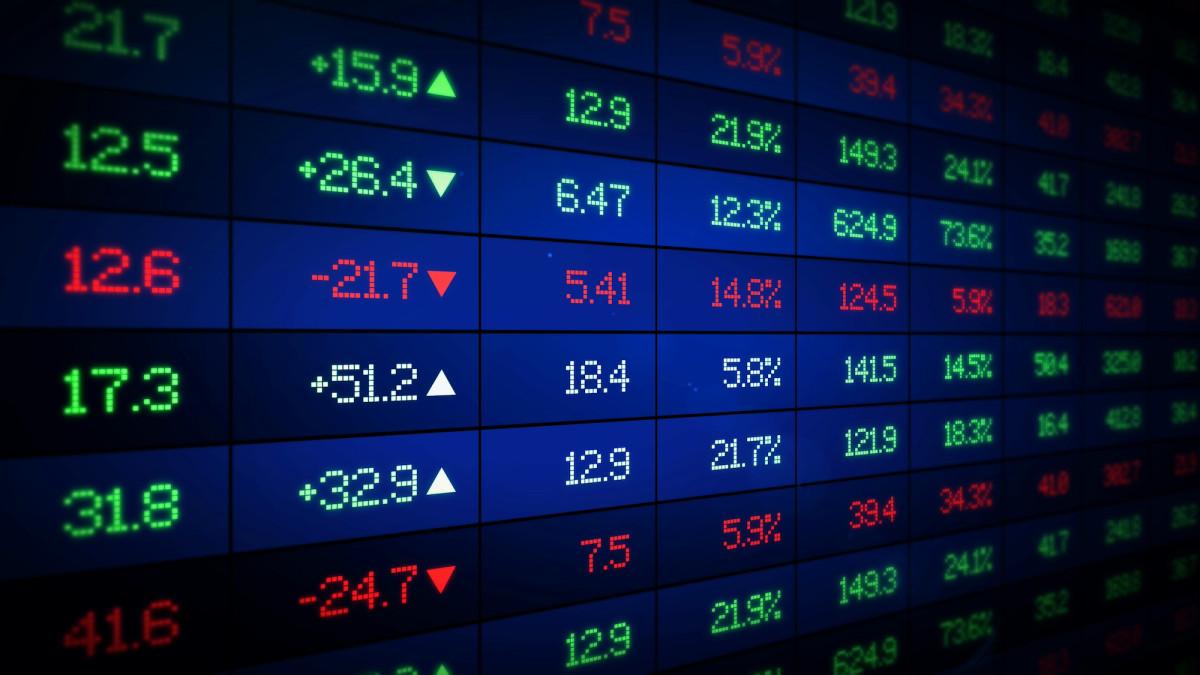 The late September faint is here and it’s time to take some evasive action, Jim …